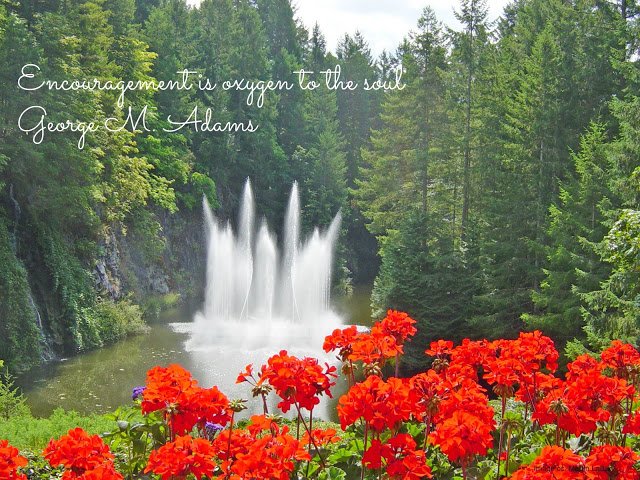 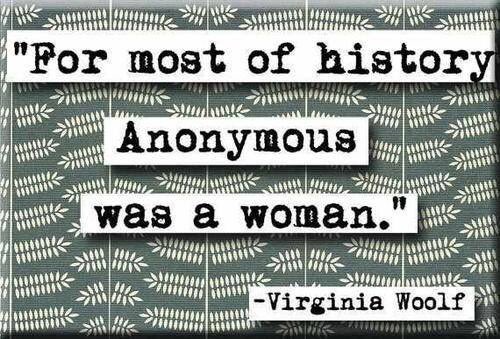 This helpful excerpt is by author Elizabeth Esther whose excellent book Girl at The End of the World I bought, read, and recommend.  Elizabeth Esther’s list is important to keep in mind to avoid an abusive church. You can follow Elizabeth on social media.  – Velour

One of the most frequent questions I’m asked is: what are some signs of a spiritually abusive church? My book, “Girl at The End of the World,” tells my story of growing up in an abusive church. But I thought it might be helpful if I shared a list of “red-flag” warning signs here on my site as well. Thank you, as always, for reading and sharing. EE.

A wonderful book that I bought and would recommend. – Velour

“Nowhere in the New Testament does it say that a Christian leader, because of title or position, has moral authority over another Christian. Pagans will seek offices that grant them power and authority in order to exert their leadership (lordship) over others. Jesus said that His people were not to seek to rule over others, but to serve others selflessly and love others unconditionally. When a church or home gives in to Fraudulent Authority, the people of Christ become more pagan in practice than Christian. Fraudulent Authority teaches you how to recognize this dangerous practice of Christians seeking to exert power and authority over people in evangelical churches and homes and what you can do about it.”

“I’ve written this book for two groups of people. First, this book is for those conscientious Christians who are caught in the vicious trap of spiritual abuse perpetrated by authoritarian pastors who “rule over” their congregations, subtly suggesting that disobedience to “the church” and to those in “spiritual authority” is disobedience to God. Second, I’ve written this book for fellow Christians who love their pastor and church, but have not yet considered the consequences of signing a church covenant, handing over their spiritual formation and accountability to men rather than to Christ.  It’s my belief that authoritarianism in the church is the greatest problem facing evangelicals in the 21st century. Fraudulent Authority gives you a set of biblical principles whereby you can be aware of and stay away from churches and pastors that demand submission to their authority.” 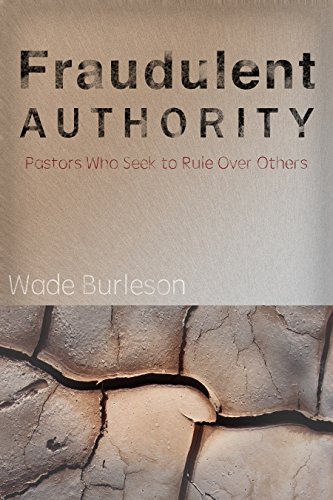 Wade Burleson is a pastor, writer and historian who lives in Enid, Oklahoma. He is a native Oklahoman, born in 1961 in Oklahoma City, but he spent his early years in Texas. His wife, Rachelle, DNP, APN-CNS, serves as a Professor of Nursing at the University of Central Oklahoma in Edmond. Wade has served as Lead Pastor of Emmanuel Enid since 1992.

Wade has written over 2000 articles on theology, history and current events, many of which have been published in professional periodicals. He is an expert on the assassination of Abraham Lincoln, and is working on a team assisting Booth’s descendants in attempting to obtain DNA from the “body in the barn” the government identified as John Wilkes Booth. He writes on theology as part of his career, but enjoys writing narratives of history as a hobby.

Wade also gives multi-media talks to civic, genealogical, and charitable organizations. His most requested multi-media presentations include (1). White Gold: Thomas Jefferson and the Great Salt Plains; (2). A Transient Abode: Abraham Lincoln, John Wilkes Booth, and Boston Corbett; (3). The Greatest Game Ever Played: Carlisle and Army and the Origins of the NFL; and (4). Red Earth Courage: The First Secret Mission of the Civil War.

A student of history and genealogy, Wade has written extensively for his immediate family on the lives of their ancestors. On the maternal side of his family, Wade is the direct grandson (16x) of Geoffrey Chaucer (AD c. 1343 – 1400), the father of English literature. His maternal great-great grandfather, Charles T. Cherry (1801 – 1893), immigrated to America from London, England in 1831 as a missionary to pioneer Sunday Schools in the Mississippi Valley. Charles later worked as an agent for the American Sunday School Union and became an author of several Christian books written for children. Wade’s paternal ancestors, the Burlesons, also immigrated to America from England, settling in the Carolinas during the early 1700’s. Wade’s great-grandfather (7x), John Crawford Burleson (1729-1776) served under George Washington and died in the Battle of Trenton in December 1776. Wade is a cousin to Rufus Columbus Burleson (1823-1901), President of Baylor University and Pastor of FBC Houston, and to General Edward Burleson (1798-1851), former Vice-President of the Republic of Texas. Wade’s maternal grandfather, F.T.D. Cherry (1912-1970), was an All-Conference tight end and track star for the University of Oklahoma and became a Christian evangelist. Wade’s father, Paul Burleson, served as pastor of eight churches in Oklahoma and Texas from 1950-2007, including the influential Southcliff Baptist Church in Fort Worth, Texas from 1976-1982. Wade’s mother, Mary Burleson, is a retired Senior Editor for Random House.

Wade’s passion for reading has led him to become an antiquarian book collector. His favorite books of other centuries include Isaac Newton’s The Chronology of Ancient Kingdoms; John Gill’s God’s Everlasting Love to His Elect; and Edward Gibbon’s The Decline and Fall of the Roman Empire. Wade’s favorite modern books include Laura Hildebrand’s Unbroken, Paul Young’s Crossroads, and Eric Metaxes’ Dietrich Bonhoeffer: Pastor, Martyr, Prophet, Spy. Other than reading, Wade enjoys time spent with friends and family. He learned from his friend author of The Shack, Paul Young, a principle that guides his life: “There is no moment and no person more important than this moment and this person before whom I stand.”

Wade believes every person has a story, and his non-profit ministry Istoria is designed to intersect other persons’ stories with the Greatest Story ever told in order to develop a deep love and abiding love for His Story.”

As the pressure mounts on the Grace Bible Fellowship of Silicon Valley pastors/elders, instigated no less by all of their wrong decisions, bad decisions, and ultimately bad theology, they haven’t humbled themselves. They’ve dug in deeper. They’ve claimed in emails to church members that they are now ‘being persecuted’ and need ‘prayers’ for protection for the GBF Body.

Is it Biblical or just one of the manipulative antics of an abusive church? Read The Wartburg Watch article on the “9 Marks of An Abusive Church.”

Nine Marks of an Abusive Church

“Be not deceived, Wormwood, our cause is never more in jeopardy than when a human, no longer desiring but still intending to do our Enemy’s will, looks round upon a universe in which every trace of Him seems to have vanished, and asks why he has been forsaken, and still obeys.“   CS Lewis-Screwtape Letters”

How can you spot an abusive church? Do you know the “red flags”? Dr. Ronald Enroth, is a leading scholar on cults and cultism, and his special perspectives have proven beneficial to both the secular and the religious society. Dr. Enroth is a professor of Sociology at Westmont College (Santa Barbara, California) where he has taught since 1965, beginning as a sociology instructor. In 1992 Enroth wrote Churches That Abuse, and it continues to be an important resource nearly two decades later.
Margaret Thaler Singer, a clinical psychologist and emeritus professor of the University of California, Berkeley, provided her hearty recommendation on the book’s jacket. Here is an excerpt:

“When does a church cross the line between conventional church status and fringe status? What is the nature of the process by which any given group devolves into a fringe church or movement? What are some of the signs or indicators that a given group is becoming abusive of its members and is headed for the margins? When should a member consider bailing out?

Churches That Abuse answers these and other important questions about abusive churches and groups that operate in this country – organizations and churches that are not necessarily characterized by doctrinal deviation but have particular traits that make them behavioral and sociological outsiders. It also helps readers identify and beware of abusive tendencies in more “normal” Christian churches.”
In his classic book Dr. Enroth identifies distinctive traits of abusive churches which should serve as “red flags”. Pat Zukeran, a research associate with Probe Ministries, has written an excellent review of Churches That Abuse, and we will be sharing excerpts from his article “Abusive Churches”, along with quotes from the book, to explain some of these identifying traits or “MARKS”.
….

Jesus and the Apostles were persecuted for preaching the truth. Abusive churches bring on much of their negative press because of their own actions. Yet, any criticism received, no matter what the source–whether Christian or secular–is always viewed as an attack from Satan, even if the criticisms are based on the Bible.”’

Fellowship Memphis gets together with Kamp Kanakuk and appears to protect a pedophile.

via Peter Newman, Serving 35 Years for Molestations at Kamp Kanakuk, Was Allegedly Hired by Fellowship Memphis While Awaiting Trial —

Sherri could not believe what she was hearing. If this was true, she had been in danger this whole time and never knew it. She had only been working on this project for a couple of months by now. T…

Source: Dangerous and Ignorant Attitudes about Sex Abuse in the Church, or III