Why I am concerned that Perry Noble does not seem understand that he is a likely alcoholic.

via Is Perry Noble an Alcoholic? A Continuing Discussion of Alcoholism and the Church —

Note: From blog administrator of GBFSV Church Abuse website. This is an important article and one that is unaddressed in so many churches, especially NeoCalvinist/9 Marks/John MacArthur-ite churches like my former church Grace Bible Fellowship of Silicon Valley.  The pastors/elders at GBFSV have NO education, training, or licensing in the big topics, including alcoholism and use what is beyond dumb and very dangerous — Nouthetic Counseling. It’s Bible Counseling which consists of throwing Scripture verses at things.

The pastors/elders (senior pastor and chairman of the elder board) required that I undergo eight months of meetings about an older woman church member to have “unity” with her. They discussed gossip, quoted Scripture, and wrote about gossip on a chalkboard. They never addressed the real issue: She’s a substance abuser, she’s an alcoholic, and this is what they do. She should have been under the care of a physician who should have supervised her care and treatment for alcoholism. The GBFSV pastors/elders failed her, her adult children, and church members.

The GBFSV pastors/elders even demanded that some people apologize to her for the problems she caused. That’s called codependency and enabling and it’s not supposed to be done with substance abusers. 10/19/16

My former church, the authoritarian Grace Bible Fellowship of Silicon Valley, is a high-control, abusive group and uses Thought Reform techniques to gain church members’ compliance. GBFSV pastors/elders are extremely abusive and manipulative, as scores of ex-members whom have been interviewed have stated was their first-hand experience.

Here is an excerpt from Steve Hassan’s website about the B.I.T.E. Model that high control groups, like Grace Bible Fellowship of Silicon Valley, frequently use. Study it carefully.

Many people think of mind control as an ambiguous, mystical process that cannot be defined in concrete terms. In reality, mind control refers to a specific set of methods and techniques, such as hypnosis or thought- stopping, that influence how a person thinks, feels, and acts. Like many bodies of knowledge, it is not inherently good or evil. If mind control techniques are used to empower an individual to have more choice, and authority for his life remains within himself, the effects can be beneficial. For example, benevolent mind control can be used to help people quit smoking without affecting any other behavior. Mind control becomes destructive when the locus of control is external and it is used to undermine a person’s ability to think and act independently.

As employed by the most destructive cults, mind control seeks nothing less than to disrupt an individual’s authentic identity and reconstruct it in the image of the cult leader. I developed the BITE model to help people determine whether or not a group is practicing destructive mind control. The BITE model helps people understand how cults suppress individual member’s uniqueness and creativity. BITE stands for the cult’s control of an individual’s Behavior, Intellect, Thoughts, and Emotions.

It is important to understand that destructive mind control can be determined when the overall effect of these four components promotes dependency and obedience to some leader or cause. It is not necessary for every single item on the list to be present. Mindcontrolled cult members can live in their own apartments, have nine-to-five jobs, be married with children, and still be unable to think for themselves and act independently.

We are all subject to influence from our parents, friends, teachers, co-workers… When this influence helps someone grow and maintain an internal locus of control, it is healthy. Influence which is used to keep people mindless and dependent is unhealthy. To download a PDF of the Influence Continuum graphic, click here.

Destructive mind control is not just used by cults. Learn about the Human Trafficking BITE Model and the Terrorism BITE Model.

1. Regulate individual’s physical reality
2. Dictate where, how, and with whom the member lives and associates or isolates
3. When, how and with whom the member has sex
4. Control types of clothing and hairstyles
5. Regulate diet – food and drink, hunger and/or fasting
6. Manipulation and deprivation of sleep
7. Financial exploitation, manipulation or dependence
8. Restrict leisure, entertainment, vacation time
9. Major time spent with group indoctrination and rituals and/or self indoctrination including the Internet
10. Permission required for major decisions
11. Thoughts, feelings, and activities (of self and others) reported to superiors
12. Rewards and punishments used to modify behaviors, both positive and negative
13. Discourage individualism, encourage group-think
14. Impose rigid rules and regulations
15. Instill dependency and obedience
16. Threaten harm to family and friends
17. Force individual to rape or be raped
18. Instill dependency and obedience
19. Encourage and engage in corporal punishment

1. Deception:
a. Deliberately withhold information
b. Distort information to make it more acceptable
c. Systematically lie to the cult member
2. Minimize or discourage access to non-cult sources of information, including:
a. Internet, TV, radio, books, articles, newspapers, magazines, other media
b.Critical information
c. Former members
d. Keep members busy so they don’t have time to think and investigate
e. Control through cell phone with texting, calls, internet tracking
3. Compartmentalize information into Outsider vs. Insider doctrines
a. Ensure that information is not freely accessible
b.Control information at different levels and missions within group
c. Allow only leadership to decide who needs to know what and when
4. Encourage spying on other members
a. Impose a buddy system to monitor and control member
b.Report deviant thoughts, feelings and actions to leadership
c. Ensure that individual behavior is monitored by group
5. Extensive use of cult-generated information and propaganda, including:
a. Newsletters, magazines, journals, audiotapes, videotapes, YouTube, movies and other media
b.Misquoting statements or using them out of context from non-cult sources
6. Unethical use of confession
a. Information about sins used to disrupt and/or dissolve identity boundaries
b. Withholding forgiveness or absolution
c. Manipulation of memory, possible false memories

1. Require members to internalize the group’s doctrine as truth
a. Adopting the group’s ‘map of reality’ as reality
b. Instill black and white thinking
c. Decide between good vs. evil
d. Organize people into us vs. them (insiders vs. outsiders)
2.Change person’s name and identity
3. Use of loaded language and clichés which constrict knowledge, stop critical thoughts and reduce complexities into platitudinous buzz words
4. Encourage only ‘good and proper’ thoughts
5. Hypnotic techniques are used to alter mental states, undermine critical thinking and even to age regress the member
6. Memories are manipulated and false memories are created
7. Teaching thought-stopping techniques which shut down reality testing by stopping negative thoughts and allowing only positive thoughts, including:
a. Denial, rationalization, justification, wishful thinking
b. Chanting
c. Meditating
d. Praying
e. Speaking in tongues
f. Singing or humming
8. Rejection of rational analysis, critical thinking, constructive criticism
9. Forbid critical questions about leader, doctrine, or policy allowed
10. Labeling alternative belief systems as illegitimate, evil, or not useful

1. Manipulate and narrow the range of feelings – some emotions and/or needs are deemed as evil, wrong or selfish
2. Teach emotion-stopping techniques to block feelings of homesickness, anger, doubt
3. Make the person feel that problems are always their own fault, never the leader’s or the group’s fault
4. Promote feelings of guilt or unworthiness, such as
a. Identity guilt
b. You are not living up to your potential
c. Your family is deficient
d. Your past is suspect
e. Your affiliations are unwise
f. Your thoughts, feelings, actions are irrelevant or selfish
g. Social guilt
h. Historical guilt
5. Instill fear, such as fear of:
a. Thinking independently
b. The outside world
c. Enemies
d. Losing one’s salvation
e. Leaving or being shunned by the group
f. Other’s disapproval
6. Extremes of emotional highs and lows – love bombing and praise one moment and then declaring you are horrible sinner
7. Ritualistic and sometimes public confession of sins
8. Phobia indoctrination: inculcating irrational fears about leaving the group or questioning the leader’s authority
a. No happiness or fulfillment possible outside of the group
b. Terrible consequences if you leave: hell, demon possession, incurable diseases, accidents, suicide, insanity, 10,000 reincarnations, etc.
c. Shunning of those who leave; fear of being rejected by friends, peers, and family
d. Never a legitimate reason to leave; those who leave are weak, undisciplined, unspiritual, worldly, brainwashed by family or counselor, or seduced by money, sex, or rock and roll
e. Threats of harm to ex-member and family”

I have written on this subject and on the following Scriptures in other posts. But they have been on my mind again the last few weeks. I keep seeing them violated by Bible teachers, pastors, and counselors of a certain type. Recently I have seen this “zeal without knowledge” pattern in publications by writers of […]

via Zeal Without Knowledge: Bible Interpretation that Leads to Mercilessness and Injustice — A Cry For Justice 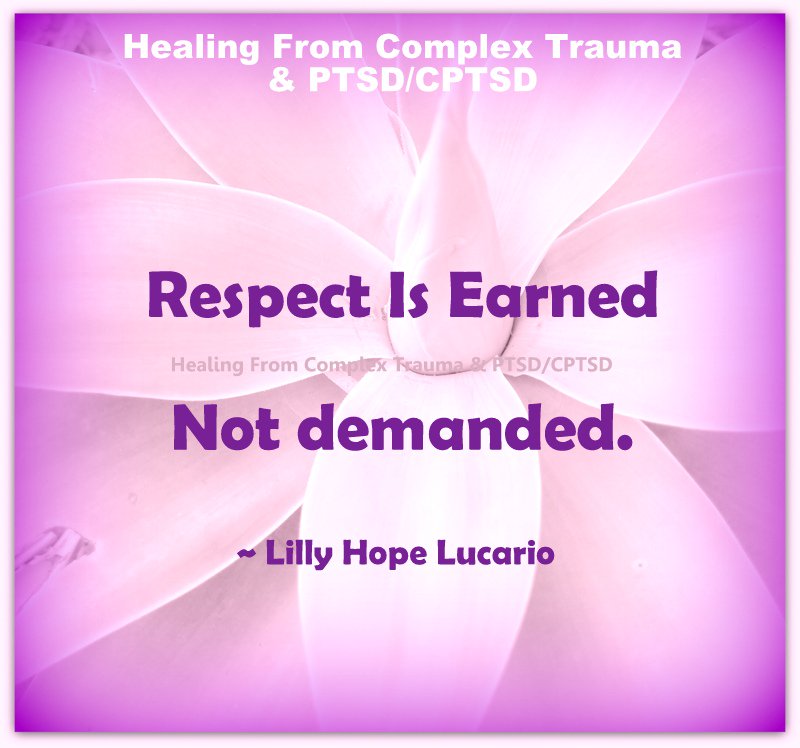 “But I came across a great quote on someone’s blog a few years ago. I’ve not been able to find it since, otherwise I’d attribute it, but the best I can do is say that I didn’t come up with this. It goes, as near as I can remember it, thus:

From David Hayward/TheNakedPastor’s website to go with his cartoon above, used by permission:

“Here are 10 reasons why law is easier than love: 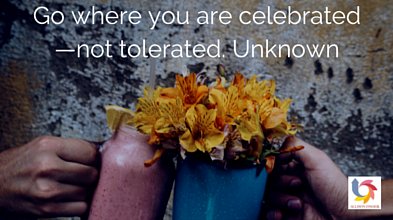 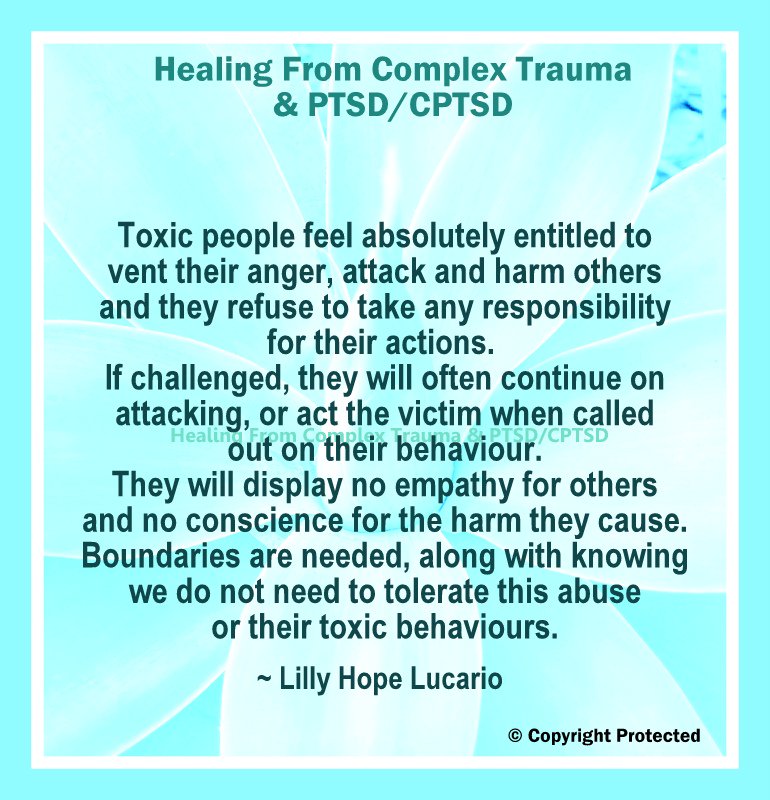